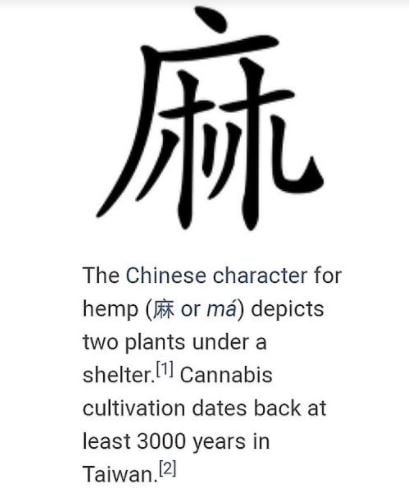 Archaeological discoveries have shown that hemp was used in an ancient village in Taiwan in 8000 BC. The earliest known uses were for clothing and shoes. Archaeologists also discovered a remnant of hemp cloth in Mesopotamia ( now Iraq/Iran ) dating back to 8000 BC. It was recorded in ancient China in 4000 BC that hemp was one of the 5 grains of China ( a major food crop ) . Recorded history from 2737 BC in China recognizes Hemp's ability to treat over 100 illnesses. Ancient civilizations used Hemp for difficult childbirth , convulsions ( seizures , epilepsy ) , rheumatism , dysentery and insomnia.

Hemp ( Cannabis Sativa ) is indigenous to Central and East Asia and the Indian sub-continent. Probably through trade it later spread to the Middle East  , Egypt , some parts of Europe and The Americas. As time progressed the plant was used for paper , paint , ink , insulation , ropes , clothing , ritual practices , art canvas , plastics and medicinal uses. Virtually none of the plant is wasted.

CBD is extracted from the flowers , stalks , stems and leaves of industrial hemp ( a cousin of the marijuana plant ) . CBD is a powerful compound that acts against oxidative stress and inflammation causing illness in the body. In all about 120 compounds ( cannabinoids , flavonoids , terpenes and other chemicals ) are extracted , of which CBD is the most abundant.

Sign up and you will be the first to know the latest news, insider-only info, and more.